Random Oliver Picture Thread - post what you have, make us smile.

I don’t want to derail this Ollie photo thread, but to answer your question our understated swooshes which we like and preferred are silver met and yes we felt that 4 days was long enough for our shak 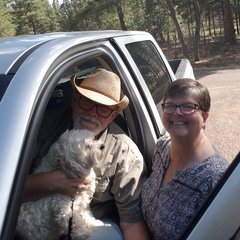 I posted some pics in another thread but will repost them here. Heaton Bay CG outside Frisco CO after a late spring severe snow storm.

In the middle of the Idaho Panhandle, we pulled off the highway into a river access point, and I think we ran over Dorothy. Only her Ruby Slippers were left...... Later, on a gravel bar (Is