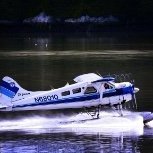 By Beaver Pilot,
June 6, 2022 in Welcome To The Oliver Travel Trailer Forums