To anyone still experiencing issues with their cabinet doors coming open. 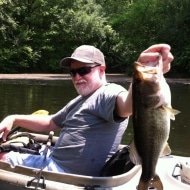 By STEVEnBETTY,
May 6, 2017 in Ollie Modifications