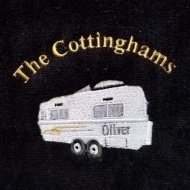 By bradbev,
August 26, 2017 in Ollie Modifications