Anyone changed out the bathroom fan? 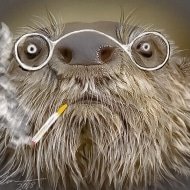 By Yukon,
August 14 in General Discussion