Honda Generator- Did I buy the wrong one? EU2200i or EU2200i Companion 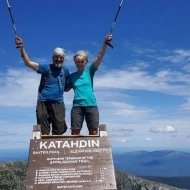 The short answer to your first question is no, your inverter will not supplement shore power with battery power.  As to your second question, the answer is that there’s no distinction between pow

Here you go! I have found the generator or cargo box extremely useful. I am very happy we added it as an option.

Watch the YouTube link for a better understanding. https://www.google.com/url?sa=t&rct=j&q=&esrc=s&source=web&cd=&ved=2ahUKEwiw4tefqJ3qAhUBZd8KHd2XDIAQwqsBMAJ6BAgKEA4&