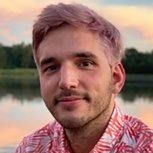 By jordanv,
August 6, 2020 in General Discussion

I think the taco is the sort of truck you tow with a few times, make some posts about how well it does and how much you love it, then quietly trade in for a half ton.

Oh, I know a certain moderator who’s got you beat.

Thanks for the memories,  Overland. The original " can  I tow with it thread" from 2008.  Yes, we explored a wide variety of possible tow vehicles. And had a lot of laughs.