Today was the day! 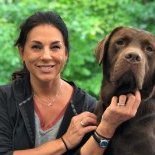