How tall is your RV and Its load? 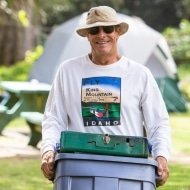